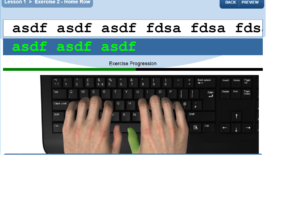 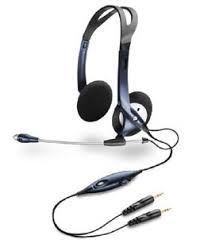 Touch typing (also called keyboarding) is typing without using the sense of sight to find the keys. Specifically, a touch typist will know their location on the keyboard through muscle memory. In today’s competitive job market, it is important for anyone applying for any job that involves the use of computers to learn to touch type. And it is not stretching it to suggest being able to type fast without looking at the keyboard is a 21st century basic skill in computers.

Voice-recognition software allows you to convert voice to text. This has been available on computers and software such as Dragon Software, Text Aloud or Express scribe have allowed computer users to convert voice to text. But put it on a smartphone, and it comes to life. All of the frustrations of trying to control your PC by voice, fiddling for a microphone, repeating yourself again and again, resisting the urge to relent and turn to your trusty keyboard.

These are eliminated when you use the same technology on your mobile phone. Mobile apps such as Google voice, Vlingo and Siri have allowed people convert voice to text on the go with ease. So is the new way of doing things and should we not bother to learn how to type as these apps are doing the same job as typing?

The main disadvantage of voice recognition software are as follows:

Lack of Accuracy and Misinterpretation

Voice recognition software won’t always put your words on the screen completely accurately. Programs cannot understand the context of language the way that humans can, leading to errors that are often due to misinterpretation. When you talk to people, they decode what you say and give it a meaning. Voice recognition software can do this but may not be capable of choosing the correct meaning. For example, it cannot always differentiate between homonyms, such as “their” and “there.” It may also have problems with slang, technical words and acronyms.

You might think that computerising a process speeds it up, but this isn’t necessarily true of voice recognition systems, and you may have to invest more time than you expected into the process. You’ll have to factor in time to review and edit to correct errors. Some programs adapt to your voice and speech patterns over time; this may slow down your workflow until the program is up to speed. You’ll also have to learn how to use the system. For example, you must find the right pace and tone — if you talk too fast or indistinctly, you’ll increase spelling and grammar errors. Getting used to using a system’s commands and speaking punctuation out loud is not always easy. This can affect the flow and speed of your speech.

Voice recognition systems can have problems with accents. Even though some may learn to your speech patterns over time, you have to learn to talk consistently and clearly at all times to minimize errors. If you mumble, talk too fast or run words into each other, the software will not always be able to cope. Programs may also have problems recognizing speech as normal if your voice changes, say when you have a cold, cough, sinus or throat problem.

To get the best out of voice recognition software, you need a quiet environment. Systems don’t work so well if there is a lot of background noise. They may not be able to differentiate between your speech, other people talking and other ambient noise, leading to transcription mix-ups and errors. This can cause problems if you work in a busy office or noisy environment. Wearing microphones or noise cancelling headsets can help voice recognising software reduce the effects of noise.

If you use voice recognition technology frequently, you may experience some physical discomfort and vocal problems. Talking for extended periods can cause hoarseness, dry mouth, muscle fatigue, temporary loss of voice and vocal strain. The fact that you aren’t talking naturally may make this worse and you may need to learn how to protect your voice if you’ll use a program regularly.

To summarise voice recognition can have it’s benefits, such as been able to input voice to text on the go using smartphones. But the main disadvantages outline above makes voice technology a handy add on to the basic input of touch typing. So there will always be a need to touch type. Why not learn how to touch typing using our online typing tutor typehands, to access a free trial click on the following link. Also Searsol provide touch typing courses in check out the nearest typing centre near you by clicking on the following link.